Skip to content
Return to top
On this page

An update from the Faker team #

👋 We're pretty excited to give new life to this project.

We want the project to have a fresh start and become even cooler.

Faker is a library that generates fake (but reasonable) data for you. Mock data. Data for testing, development, and the like.

Faker was first implemented in Perl in 2004 by Jason Kohles (he reached out to us in support 💛), and has since been ported to many languages including Ruby, Python, Java, Clojure, PHP, and C#.

This is the JavaScript port.

Is it called Faker or faker.js? #

We try to call it Faker in the code and in titles, but faker-js is more available as a username.

Is this the official library? #

We're referring to it as the official library in the immediate term in order to disambiguate between the many rewrites and forks that are not community-maintained. We've merged all active forks to date. We'll drop "official" once things have died down and there's less chaos around the library in general.

(someone) is also working on a Faker library #

Please send them to our Discord and we can share ideas and collaborate.

Who are the current maintainers? #

We're a group of engineers who were using Faker in prod when the main package was deleted.

We have eight maintainers currently.

What has the team done so far? #

Faker has never had an official docs website and the awesome Jeff Beltran has been maintaining a project called "Un-Official faker.js Documentation" for the last 3 years.

He gave us permission to re-use his work to create fakerjs.dev 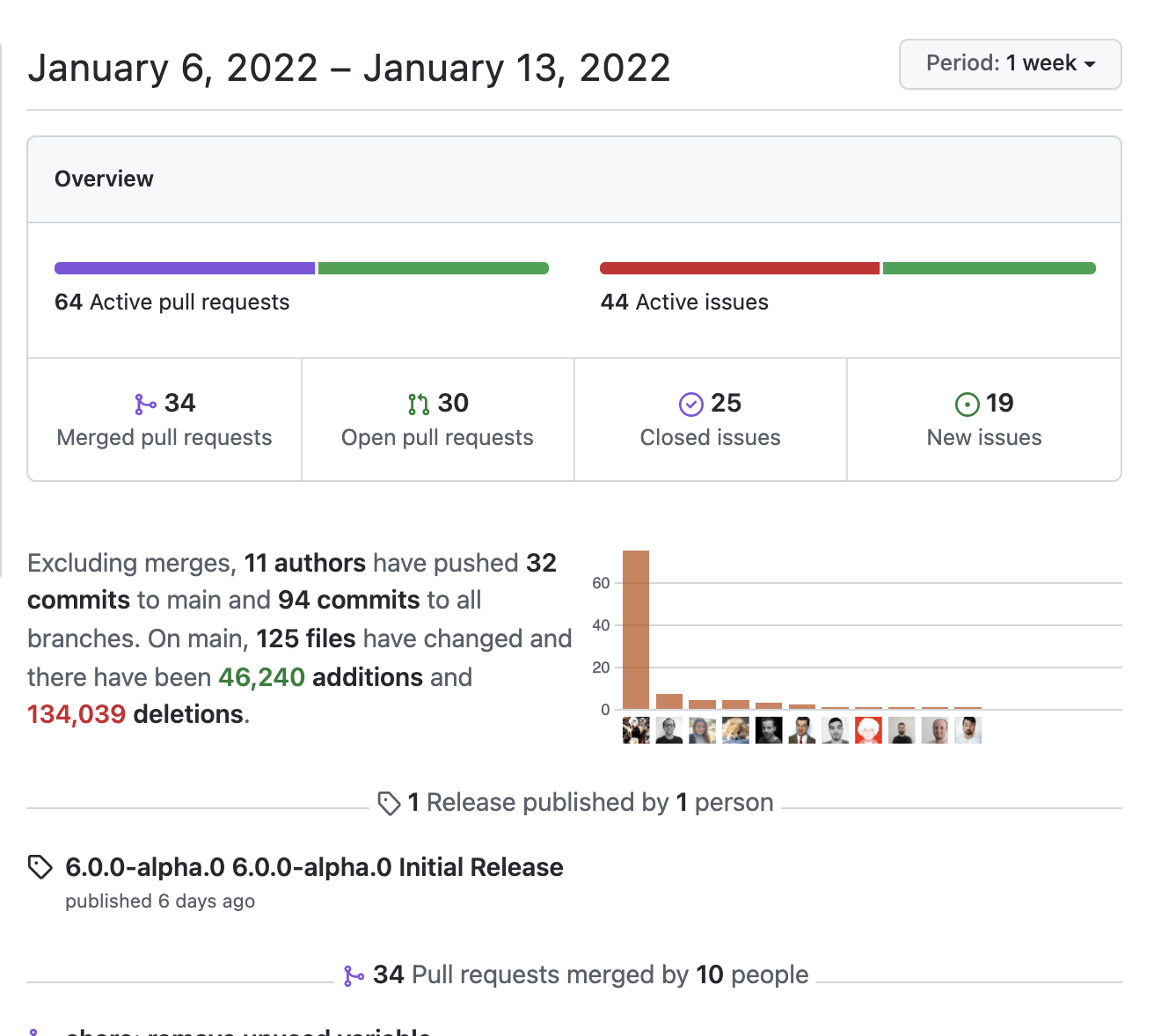 Is there a roadmap? #

We fully intend to extend Faker, continuously develop it, and make it even better.

As such, we will work on a roadmap after we release 6.x and merge all of the TypeScript Pull Requests in the next week.

Some of the items on our roadmap:

I heard something happened. What's the TLDR? #

The Faker project was maintained by Marak Squires, an early-days impactful Node enthusiast and professional who went rogue and acted maliciously on January 4th, 2022. The package was deleted, and the project was abandoned.

For more information, here are some major news articles that covered what happened:

We were closing issues every other hour. Discussing the FUNDING.yml was inevitable. We pushed it off for four days so that we could focus on re-establishing the health of the project in service of the community.

When we became aware that this project was the most stable fork of Faker with the most community support, we realized that we needed to deal with the FUNDING.yml file and take a stance.

Jess posted a concise and thorough writeup of the logic behind our actions and decisions.

This was backed by the support of all of the co-maintainers. It's a much less narrative version of this section, so if you want the TLDR and some photos of the transactions, give it a read.

We came to the determination that users unfamiliar with the whole Faker situation wouldn't know that the repository's sponsorship links aren't funding the continued development of the project.

Faker’s financial support is held on behalf of the project by https://www.oscollective.org/ and managed on https://opencollective.com/fakerjs, and so on January 12th, 2022, we contacted https://twitter.com/BenJam, the Executive Director at Open Source Collective…

During the conversation with Ben, he went over the terms and conditions of the Open Collective with me.

Ben said that simply, "The funding is attached to the project, not the current maintainer."

Unanimously, we agreed that we wanted absolutely no ability to touch the existing funding and created a cut-over plan with the support of Open Collective.

We believed that this was the most equitable and transparent way to act. The project's sponsors were able to continue to support the project and its ongoing development. Marak and Brian were able to retain the $11,652.69 USD previously donated to the project.

Since Open Collective champions transparency in funding, you can visit the fakerjs-legacy collective's transactions to see the deposits and any other transactions that have been made.

For those who were sponsoring the fakerjs open collective as a way to personally sponsor Marak, please donate to the fakerjs-legacy open collective OR Marak's other open collective. We don't know which is his preferred one. We will update this notice and post a new link if we hear otherwise from Marak.

An e-mail from our team will also arrive in the next few days notifying Open Collective sponsors that the maintainer team has changed.

We have no information with regards to his GitHub Sponsors.

How will the team operate financially? #

We reached out to Ben Nickolls, the Executive Director of Open Collective to get advice.

He had two recommendations:

We're excited to give new life to this idea and project.

This project can have a fresh start and it will become even cooler.

We felt we needed to do a public announcement because of all of the attention the project received in the media and from the community.

We believe that we have acted in the way that is best for the community.

We will continue to work on the project and not only maintain it, but actively develop new and awesome features.

- Jessica Sachs and the Faker Team